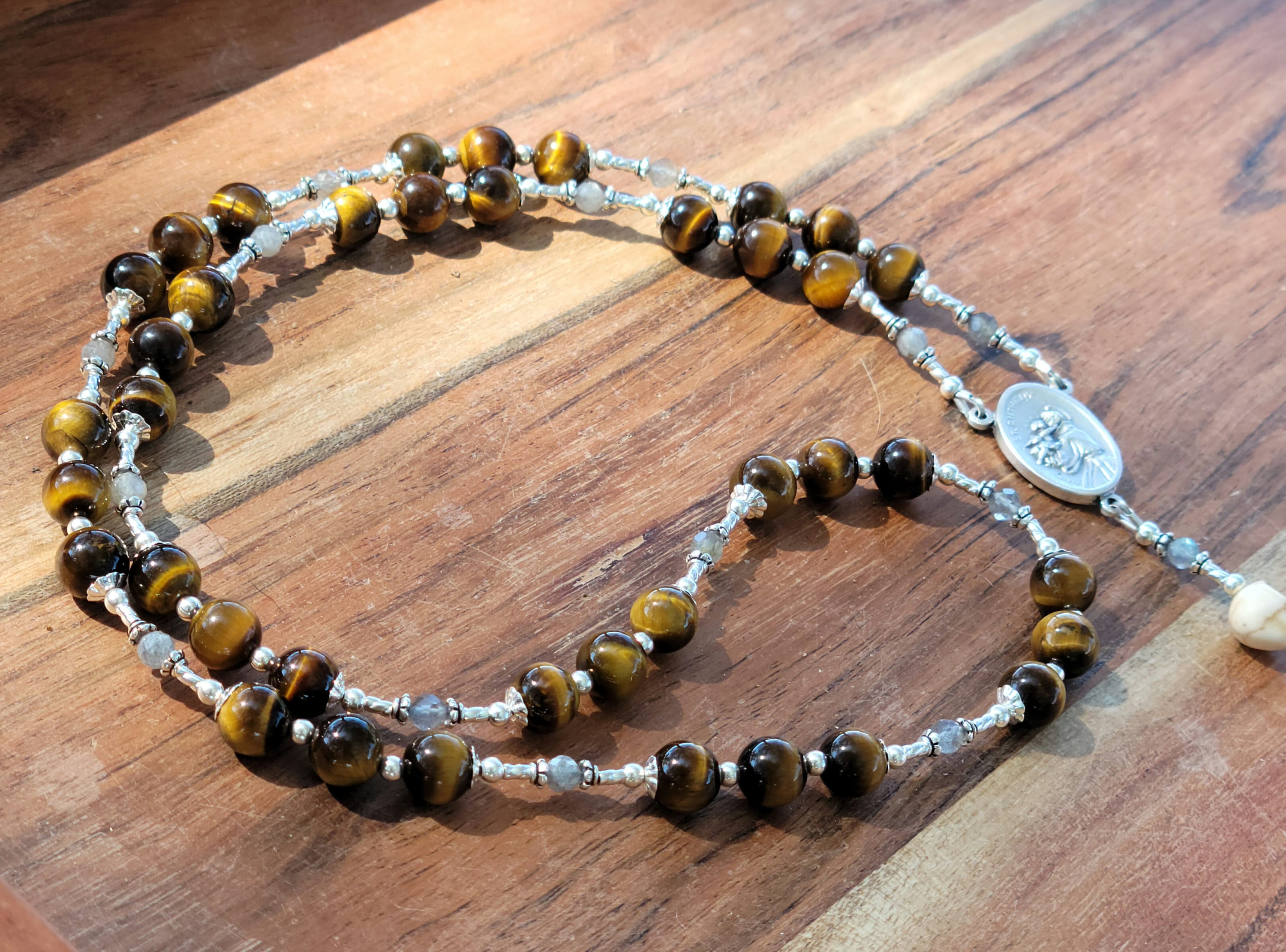 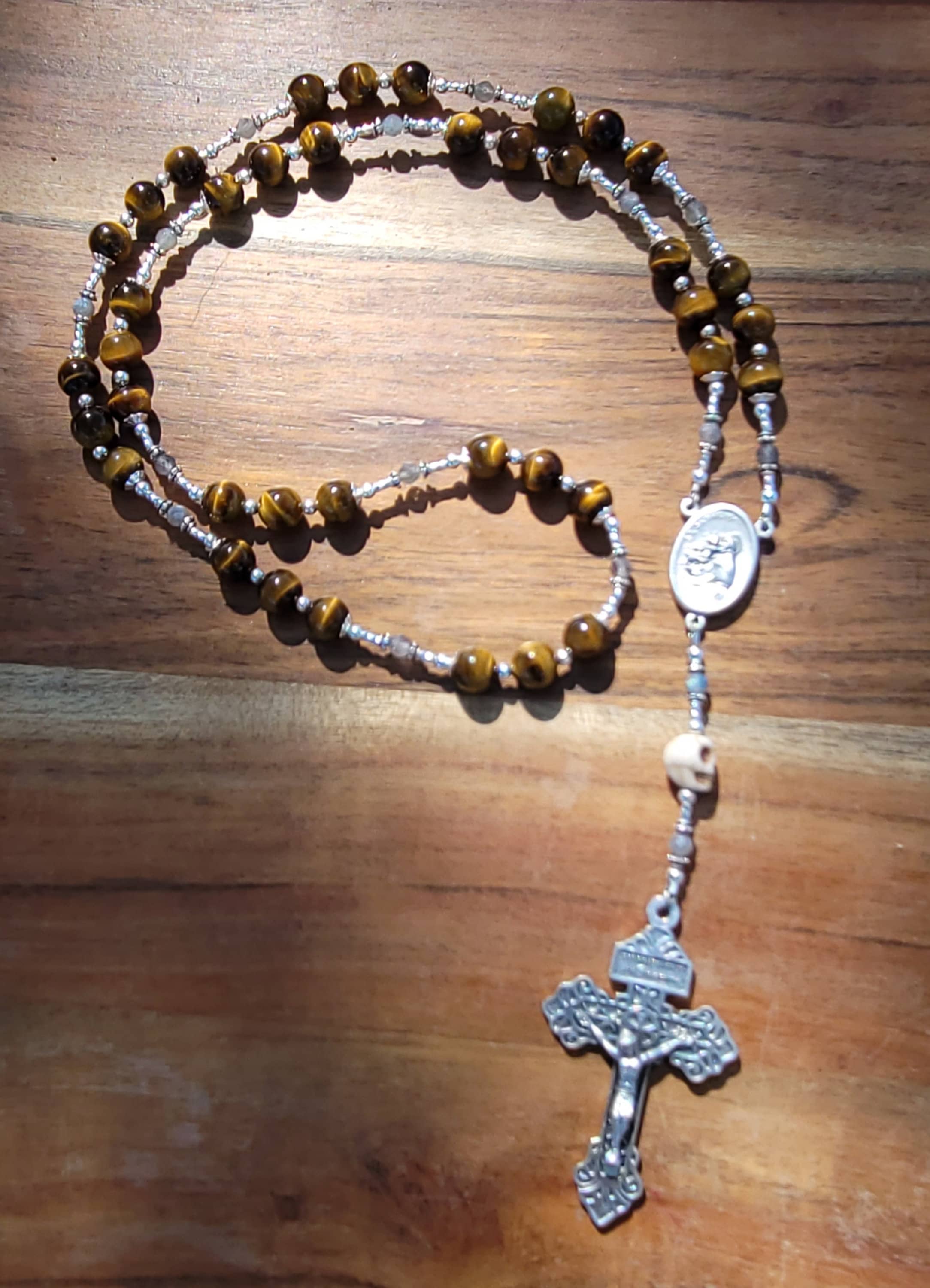 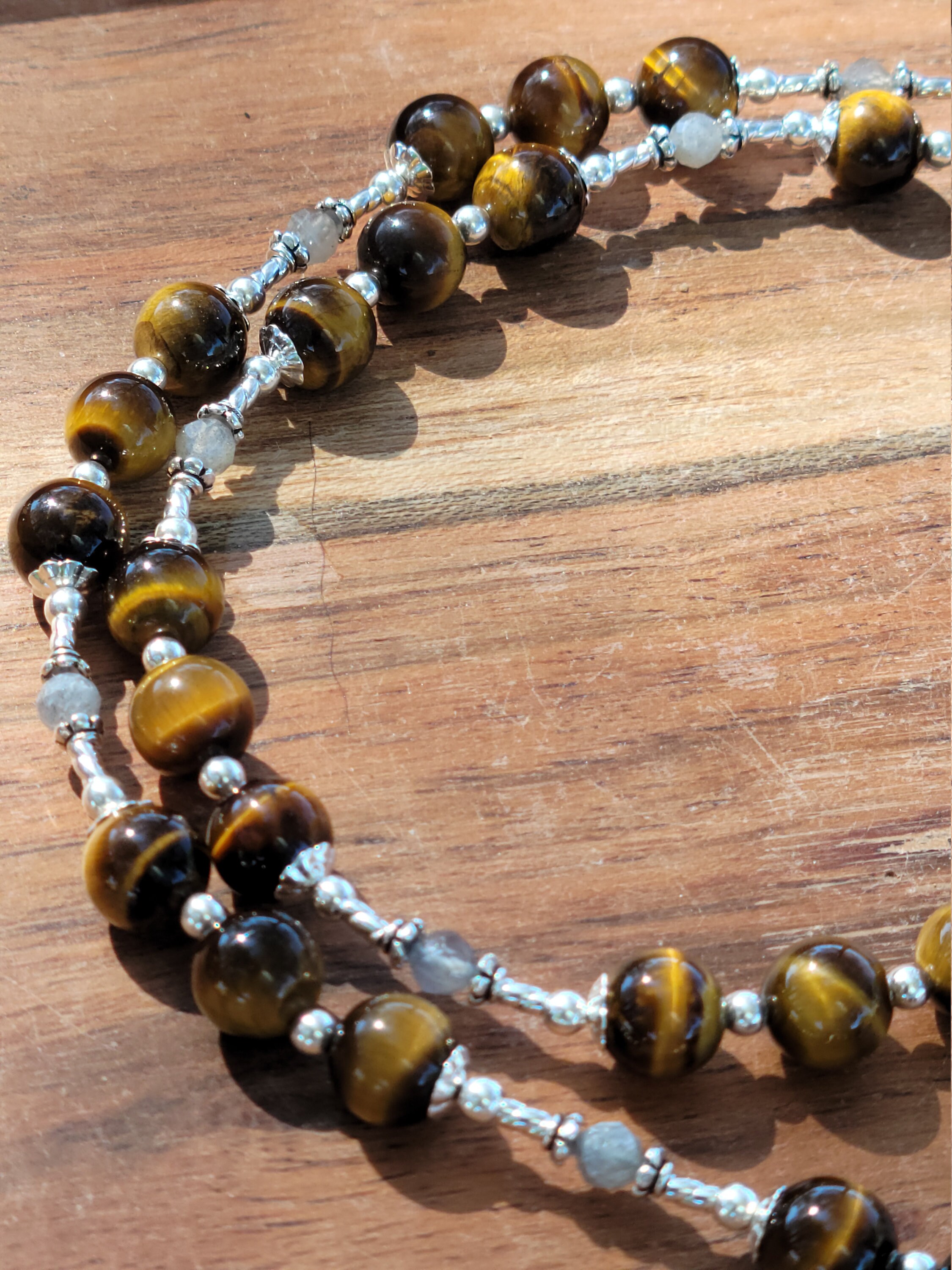 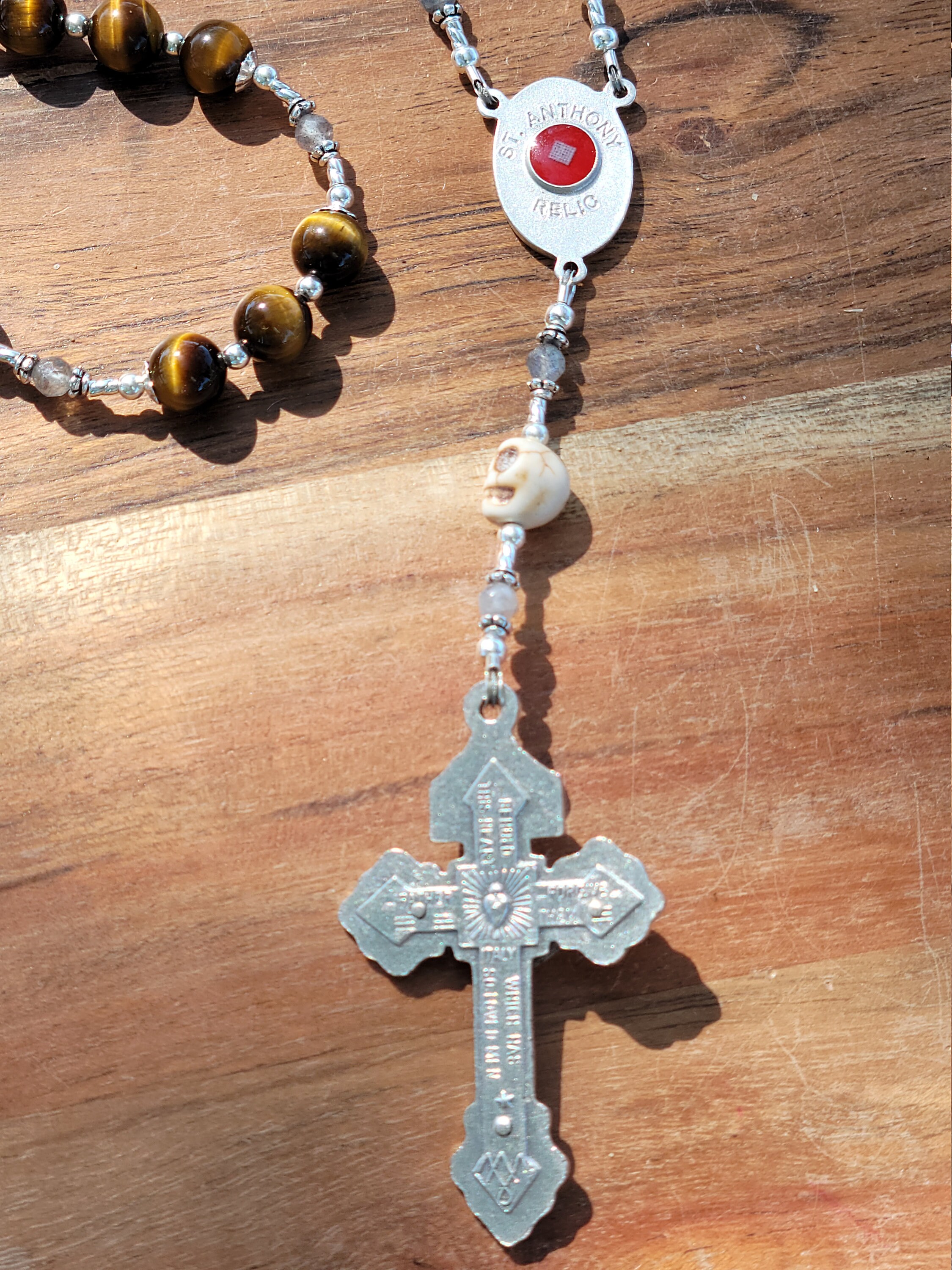 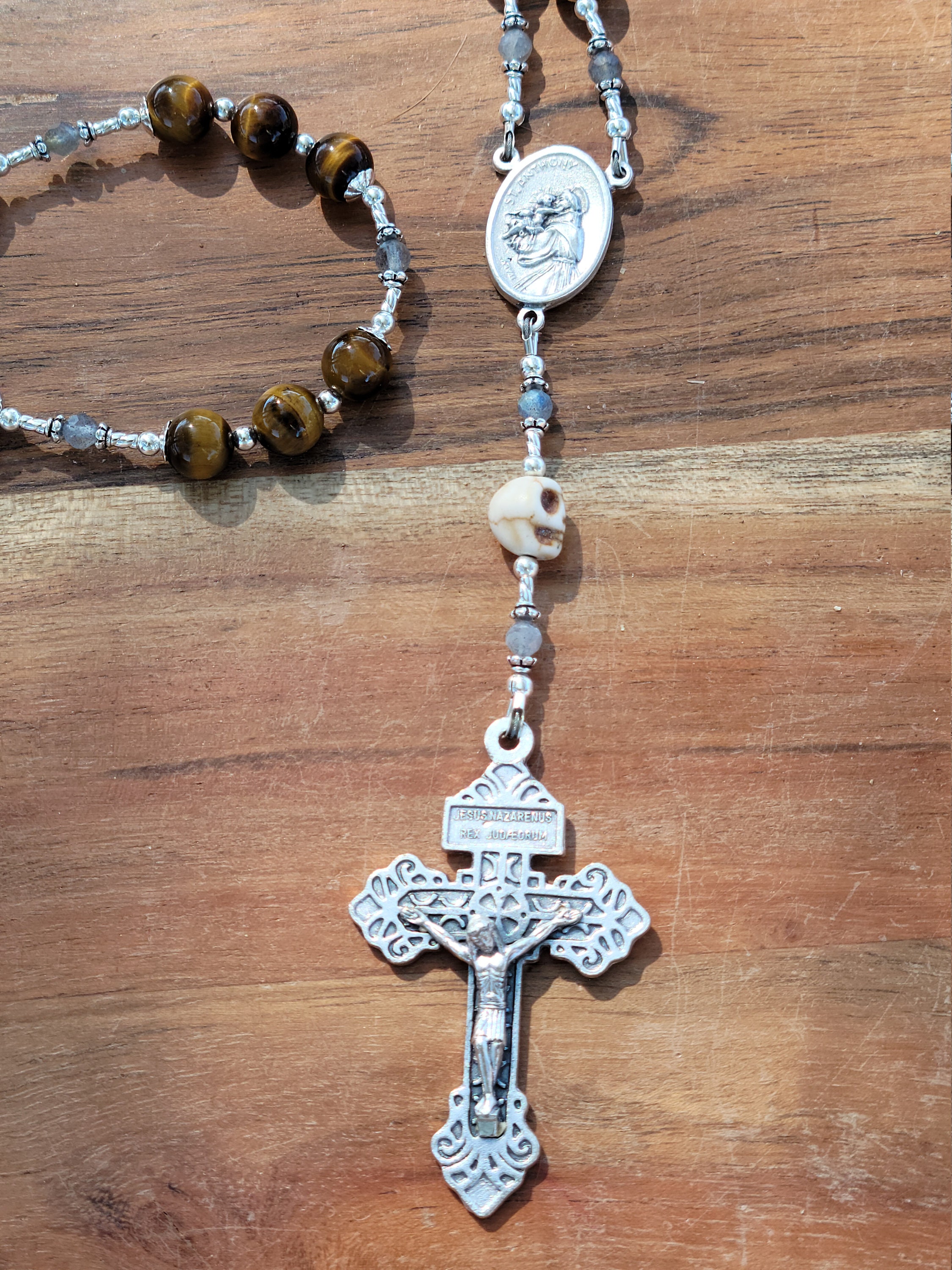 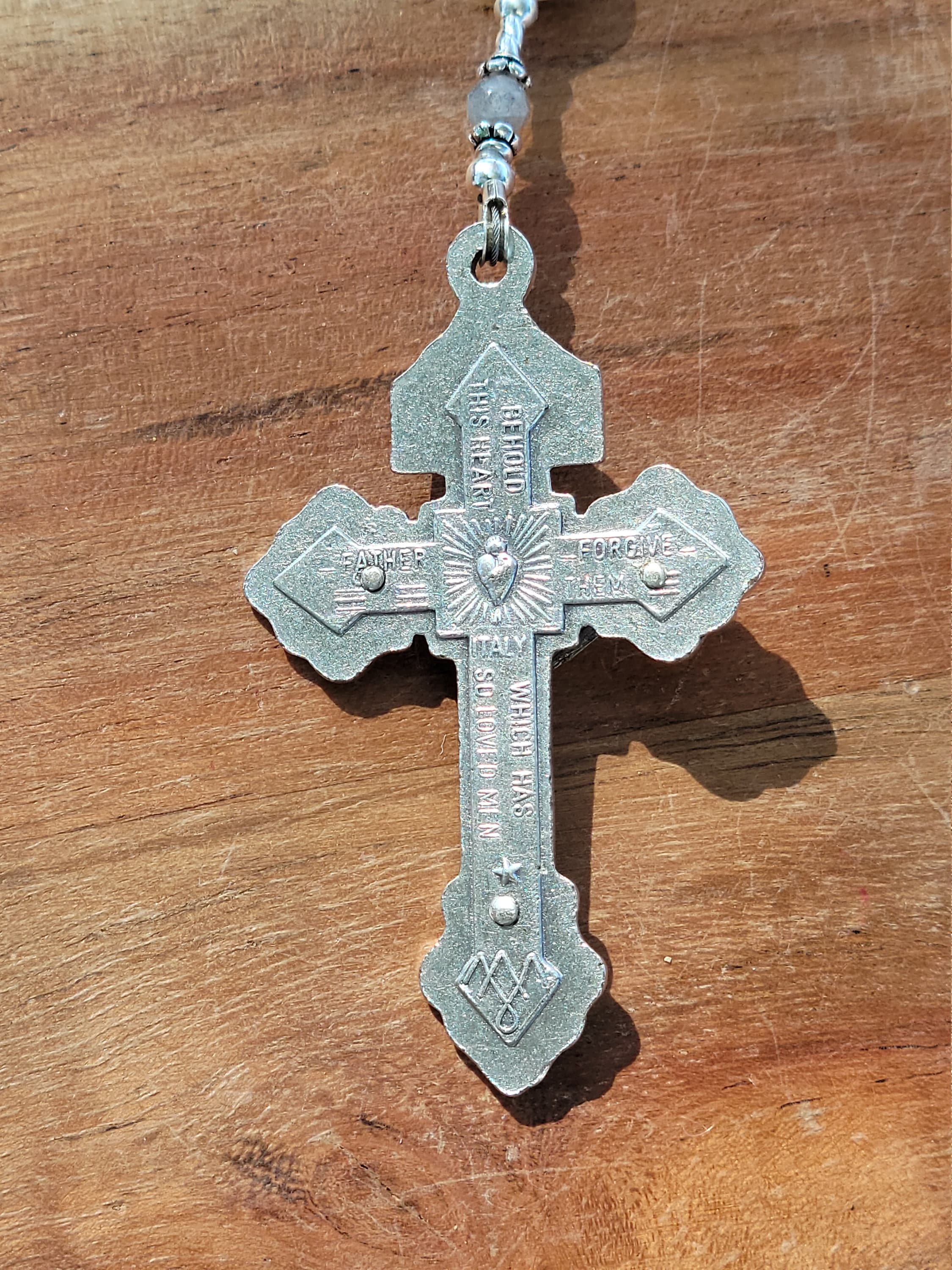 In September 2020, my house burned down in a wildfire in San Diego County. When I went to the debris of my house two weeks later (after everything had reasonably cooled), I had hoped to find some items I thought should have survived the fire. I said a little prayer to St Anthony (who had never helped me before....) that if he helped me find what I was hoping to find, that I would make him a Chaplet. Not only did I find most of what I had wanted, but within a very quick amount of time. So, in thanks to St Anthony of Padua, I am fulfilling my promise to him (a year later) and I have made him a Chaplet in his honor.

I made this Chaplet thinking of the Momento Mori. I had to add a skull and chose the spot where you say the final prayer. I put a lot of sterling silver in this one. The twist tubes, spacer beads, larger bead caps, and fittings are all .925 sterling silver. The stones I chose are a grade A Tiger Eye, but you can swap those out for a stone you prefer. For the smaller stone, I selected a grade A Labradorite that is faceted. The center is of St Anthony and on the back is a 3rd class relic. I decided to use the Pardon Crucifix in going with my theme of the Momento Mori.

Ship items back to me within: 30 days of delivery

Request a cancellation within: 12 hours of purchase

But please contact me if you have any problems with your order.

The following items can't be returned or exchanged

Because of the nature of these items, unless they arrive damaged or defective, I can't accept returns for:

Questions about your order?

Please contact me if you have any problems with your order.

Can I return a rosary or chaplet?

No. Each and every rosary or chaplet is considered a custom order as I hand make each by order.

0 items in your cart